To have the optimal experience while using this site, you will need to update your browser. You may want to try one of the following alternatives:

Protecting Chicago Landmarks and Cultural Centers After a Fire 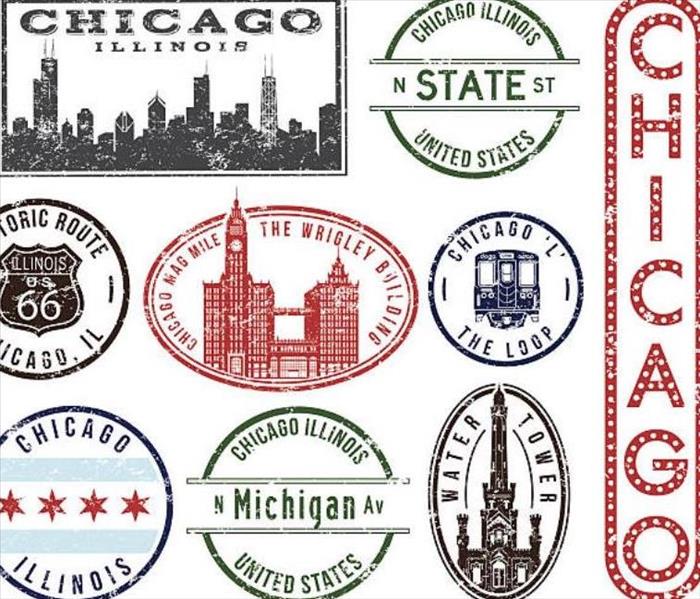 Our SERVPRO of West Loop / Bucktown / Greektown is ready and available for your fire damaged property always.

Fires can be devastating in Chicago, so our restoration technicians stay ready to help businesses and homes in a crisis.

As the third-largest city in the entire country,Chicago is home to close to 2.7 million people. This whole region has grown and developed as a result, becoming one of the cultural epicenters of the United States and one of the most heavily visited municipalities in the world every year. As a result of the dense population, certain disasters are inevitable. Fires are among the most common call-outs that our professionals must address and can quickly and thoroughly impact homes and apartments throughout the city. While none of these disasters has been quite as destructive as the Great Fire of 1871 that destroyed more than three square miles of the city, fires that happen today must get met with the same urgency. This need for experienced fire restoration is critical in cultural and historic centers across the city.

BecauseChicago is its own melting pot of cultures and backgrounds, it is no great surprise that education and acceptance are always key ingredients in helping the city grow positively. Many structures are designed to protect and preserve the history and heritage that make Chicago such a diverse location. For those visiting the city for the first time, a tour of some of the most famous museums and cultural centers can help to showcase everything that someone should know about this ever-changing city, including the highs and lows of its history.

The Field Museum of Natural History is among the largest museums of its type throughout the world. Because of both its size and educational programs available, this has become one of the most respected structures in preserving and conserving our most treasured artifacts. This building and its purpose have been part of the Chicago area since 1921. As a renowned museum with more than 24 million specimens, its exhibits and programs receive more than a million and a half visitors every year.

Much like the Field Museum, the Art Institute of Chicago expects roughly 1.5 million visitors every year. There are classic works of art recognized by many across the globe permanently on display here in this renowned structure, including Pablo Picasso's The Old Guitarist and Grant Wood's American Gothic. Because it is one of the largest art museums on the planet, its permanent collection boasts almost 300,000 works. Several special exhibitions are happening annually that illuminate specific portions of this extensive collection or showcase traveling programs. It has been in this iconic building adorned with lion statues since 1893.

Because the History Museum was established in 1856, it became part of one of Chicago's most notorious historic events with the Great Fire of 1871. Much of the artifacts and exhibits compiled for the structure at this time were destroyed during that disaster. However, they have since worked perilously to create a true spectrum of the city's history and its surrounding areas. Current collections date back even before settlers first began living near the Great Lakes when the indigenous people inhabited the land.

Museum of Science and Industry

Since 1933, the Museum of Science and Industry here in Chicago has helped introduce many visitors to some of the most iconic and memorable exhibits that they will remember for a lifetime. Among the most popular of these, which has helped maintain the average of 1.5 million visitors every year, are items like a captured German submarine from World War II, the command module of Apollo 8, and the first diesel-powered stainless-steel passenger train. All in all, the museum has more than 2000 exhibits stretched over 75 halls.

While this museum has only been in operation since 2017, it quickly became a captivating attraction for both residents and tourists to Chicago. This entire cultural center is devoted to American literature and features many different exhibits to educate the viewer. From displays like American Voices and Readers Hall to the Children's Gallery and an area focused on Chicago's top writers of all time, this is a place that travelers will want to see if they enjoy a nice novel.

While the city has been fortunate not to contend with the severity of the Great Fire of 1871 since this devastating event occurred, it is not to say that fires do not occur regularly in the city. Our fast response to these emergencies can directly affect the out-of-pocket expenses and time spent in restoration for area homes. Getting mitigation started as soon as possible is critical to lessening the impact of post-fire effects in the house, including harsh odors and soot damage.

Among the primary mitigation steps that our professionals can take, which is especially important with damaged properties like the museums mentioned before, is content cleaning and relocation. Our Content Claims and Inventory Service (CCIS) division works to evaluate individual items in your home to determine the best approach to restoring them entirely. these processes generally take one of three paths:

Because of how quickly fire losses can spread through a property and is vital to address circulating loss effects like soot and smoke particles. While air scrubbers and negative air chambers can affect preventing these carcinogenic particulates from moving around the house, it is often more beneficial to utilize tools like the hydroxyl generator that can also work to deodorize the property at the same time. Thermal fogging can also be instrumental in removing harsh odors after a fire gets extinguished.

Fire losses can be devastating when customers have to wait for the response of experienced technicians to help. Our SERVPRO of West Loop / Bucktown / Greektown team is available 24/7 to mobilize quickly when disaster strikes. Give us a call today at (773) 434-9100.